Have a look at the map of North Norfolk and the coloured pins showing the chapels in 1932. How did this situation arise with different branches of Methodism and so many chapels ? Fortunately a Religious census was taken in 1851 the results of which are available. The low definition maps below come from from Rival Jerusalems -The Geography of Victorian Religion. K Snell and P Ell 2000 to which you are referred for more definitive information. They are here intended to give a brief snapshot of  the distribution of the Methodists in 1851.

During the life times of the Wesley brothers Methodism was considered by them as a society within, the Church of England not a separate church.  Wesley was described as the “fount of all Methodist orders”…. in other words what he said went. They brooked little dissent.

After John Wesley died the annual Conference, a gathering of representatives of all the ministers, made all the decisions in the organisation and the official Methodist Church started. Lay people and members of congregations had little say. Chapels could not be opened without the permission of Conference, ministers could not be appointed, organs could not be installed in chapels etc. A lot of power fell into a relatively small number of hands especially between the annual conferences. This lack of any sense of democracy nationally led to most of the divisions within Methodism which occurred during the 19th century.

The first group to break away was the Methodist New Connexion dating from 1797 after Alexander Kilham had denounced the Methodist Conference in 1791 for giving too much power to the ministers of the church, at the expense of the laity. He was expelled from the original Wesleyan Methodist Church by the conference in 1797. 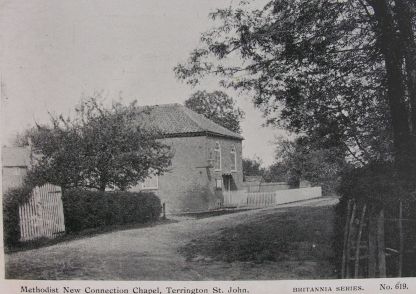 Kilham formed the New Connexion, based around his church in Sheffield. It thrived, and soon spread across Britain. At its conferences, ministers and laymen were of equal number, the laymen being chosen by the circuits. 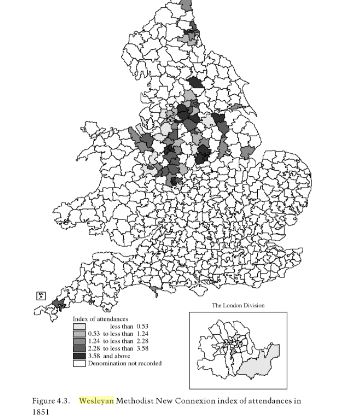 The next were the Primitive Methodists of 1807 who became a major force in this country with an influence beyond Methodism or religion. Around 1800 Hugh Bourne and William Clowes, both local preachers, became disillusioned with the lack of spiritual fervency and evangelistic zeal in the Methodist Church. They felt that it had left its roots behind and wished to return the earlier (primitive) form of outdoor preaching and conversion. Inspired by an American preacher called Lorenzo Dow they started to hold outdoor all day ‘camp meetings’ with fervent preaching and prayer meetings. Thousands attended to the dismay of the established Methodist leaders who felt they had lost control. They therefore expelled the leaders who started their own church in around 1810. This spread like wildfire. Missionaries travelled widely particularly from the Potteries along the River Trent towards the East. Often there was serious persecution and hardship faced by both the preachers and members who lost their homes or were attacked by mobs etc. By 1851 there were 2871 chapels. 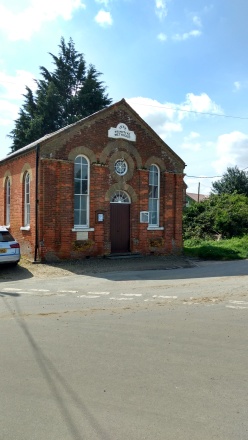 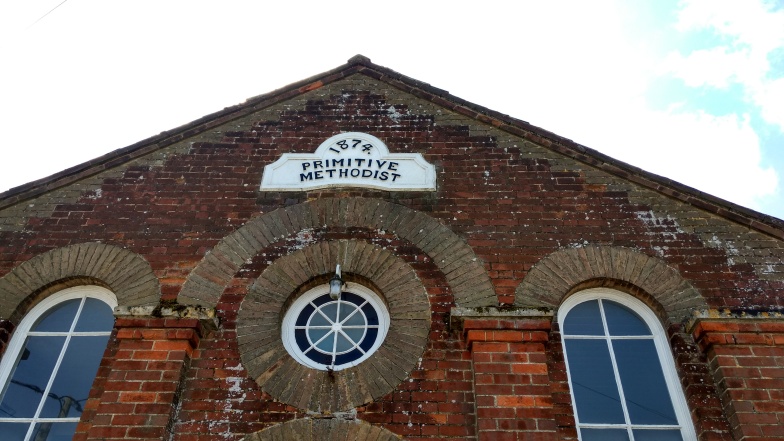 The Primitive Methodists had significant lay and female participation and became a very strong influence in rural Norfolk as shown by the numbers of chapels and circuits. This was at least partly because they appealed particularly, but not exclusively, to the poor and working class. Often the chapel was a place separate from the employers and landowners where people could manage their own affairs and worship as they pleased. They are shown in RED on the map.

The Bible Christians dated from 1815 and were founded  by William O’Bryan a Wesleyan Methodist local preacher. They were geographically strongest in Devon, Cornwall, Kent and the Isle of Wight.

They recognised the ministry of women from the start, later calling then ‘Female Special Agents’. A number of women appeared as ministers on the stations – the places ministers were appointed to by the Bible Christian Conference.

Around 1827 two disagreements about what should be taught in Sunday Schools and allowing organs in chapels came to a head when another group of Leeds Methodists separated to form the Protestant Methodists later to merge with others to become the Wesleyan Methodist Association.

In 1849 things came to a real confrontation before and during the Wesleyan Conference. Since 1845 anonymous fly sheets had been circulating which were highly critical of the leadership who ran the church on a day to day basis and of many ministers who were felt to have become proud and remote from the people and have left their evangelical roots behind. Three ministers were expelled for refusing to denounce these fly sheets and shortly afterwards full scale rebellion started. This was particularly so in Norfolk where at a meeting in Oct 1849 all three spoke to 4000 people. Soon members, ministers, local preachers were all being expelled without trial and whole congregations left and started to worship independently. In Walsingham around 60 people attended breakaway services in the Independent Chapel (now part of the Anglican Shrine) which they bought in 1868 and continued to use until around 1900. A detailed history of the local crisis can be found here.

Around Holt, due largely to the influence of William Cozens-Hardy, a much bigger revolt occurred. In Norwich members fell from 1248 to 260 and in Holt from 646 to 42. Often the new congregations bought back their now empty chapel (as in Blakeney) or else built a new chapel (as in Holt).

Much acrimony and ill feeling resulted, especially when the Methodist Hierarchy stated “The chapels belong to us but the debts to the trustees”!! 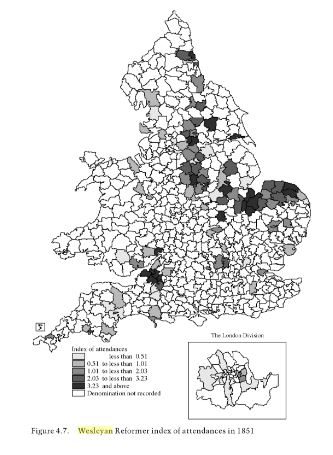 The fall in membership and chapels was most pronounced in Norfolk where Wesleyan circuits were amalgamated and geographically enlarged. Comparing the plans on display of the Walsingham Circuit for 1848 and the Dereham Circuit  for 1895 or Mid Norfolk Mission for 1931 graphically show the changes. Ultimately the Wesleyans succumbed to pressure and from the conference of 1878 lay representatives of the circuits were allowed to attend and participate. Membership slowly recovered but never to the pre 1849 levels. Wesleyan Chapels in 1932 are shown in BLUE

Whilst most Wesleyan Reformers joined to become the United Free Methodist Church a small number remained outside to become the Wesleyan Reform Union which is still active today. One chapel at Swanton Morley still exists as such in our area whilst another at Cawston (which closed in 2006) is shown by a WHITE pin on the chart and expanded under Cawston. A detailed history of the Wesley Reform Union can be found here, and more details on their webpage.

All the branches had strong regional variations in strength throughout the country, Primitive Methodists being particularly strong in Norfolk and United around Holt.

After about 1900 it became increasingly clear that the differences that had prompted the splits in the 19th century had closed and that the three main branches of Methodism….Wesleyan, Primitive and United had far more in common than the things that divided them. This resulted in a closer working together and eventually in 1932 reunion to form the Methodist Church which exists today. Only one Chapel in this circuit was built after 1932 and that is Thursford.

After the Methodist Church reunited it was found, not surprisingly, that two or even three chapels in a village was unnecessary. Three chapels in Litcham for example became one and rationalisation occurred everywhere. This however took many years as reference to the plans and 1940 audit data shows; often old loyalties to denominations, traditions and buildings remained for many years. Declining rural populations, a general decline in interest in religion, improved transport and improving living standards all played a role however and over the past 50 years or so many of the chapels have closed as numbers dwindled. Over time I aim to show something of all the chapels of this area as a permanent record of their life and witness.

Join us for a time of informal worship followed by food and a drink together. Monthly at 4-30pm as advertised